1. Zhaghzhagh (Persian)
The chattering of teeth from the cold or from rage.
2. Yuputka (Ulwa)
A word made for walking in the woods at night, it’s the phantom sensation of something crawling on your skin.
3. Slampadato (Italian)
Addiction of the infra red glow in tanning salon.
4. Luftmensch (Yiddish)
The Yiddish have scores of words to describe social misfits. This one is for an impractical dreamer with no business sense. Literally, air person.
5. Iktsuarpok (Inuit)
You know that feeling of anticipation when you’re waiting for someone to show up at your house and you keep going outside to see if they’re there yet? This is the word for it.
6. Cotisuelto (Caribbean Spanish)
A word that would aptly describe the prevailing fashion trend among American men under 40, it means one who wears the shirt tail outside of his trousers.
7. Pana Po’o (Hawaiian)
Literally the act of scratching one’s head in order to remember something that is forgotten.
8. Gumusservi (Turkish)
Meteorologists in Turkey often hit on girls with this word while not looking like a nerd. It means moonlight shining on water.
9. Vybafnout (Czech)
A word tailor-made for annoying older brothers—it means to jump out and say boo.
10. Mencolek (Indonesian)
You know that old trick where you tap someone lightly on the opposite shoulder from behind to fool them? The Indonesians have a word for it.
11. Faamiti (Samoan)
To make a squeaking sound by sucking air past the lips in order to gain the attention of a dog or child.
12. Glas wen (Welsh)
A smile that is insincere or mocking.
13. Bakku-shan (Japanese)
The experience of seeing a woman who appears pretty from behind but not from the front.
14. Boketto (Japanese)
The act of just gazing out vacantly into nothingness.
15. Kummerspeck (German)
Excess weight gained from emotional overeating.

• mencomet (Indonesian): stealing things of small value such as food or drinks, partly for fun
• scheissbedauern (German): the disappointment one feels when something turns out not nearly as badly as one had hoped
• mono-no-aware (Japanese): appreciating the sadness of existence
• mahj (Persian): looking beautiful after being sick for a certain time
• plimpplamppletteren (Dutch): the skimming of a flat stone as many times as possible across the surface of the water
• koshatnik (Russian): a dealer in stolen cats
• ava (Tahitian): wife (but also means whisky) 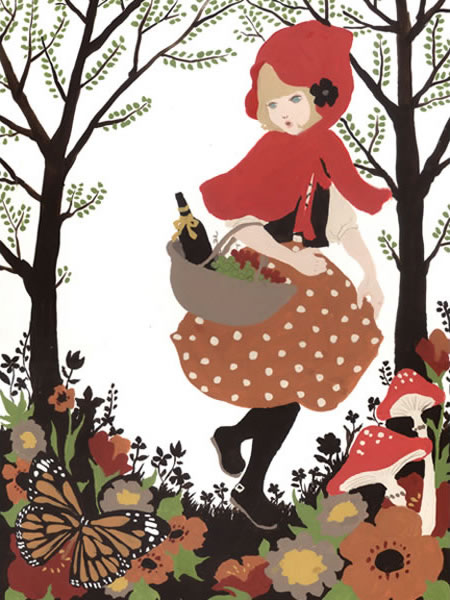 One thought on “Another 15 words that are untranslatable” 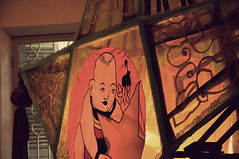 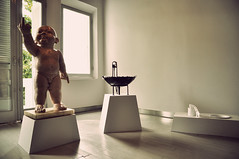